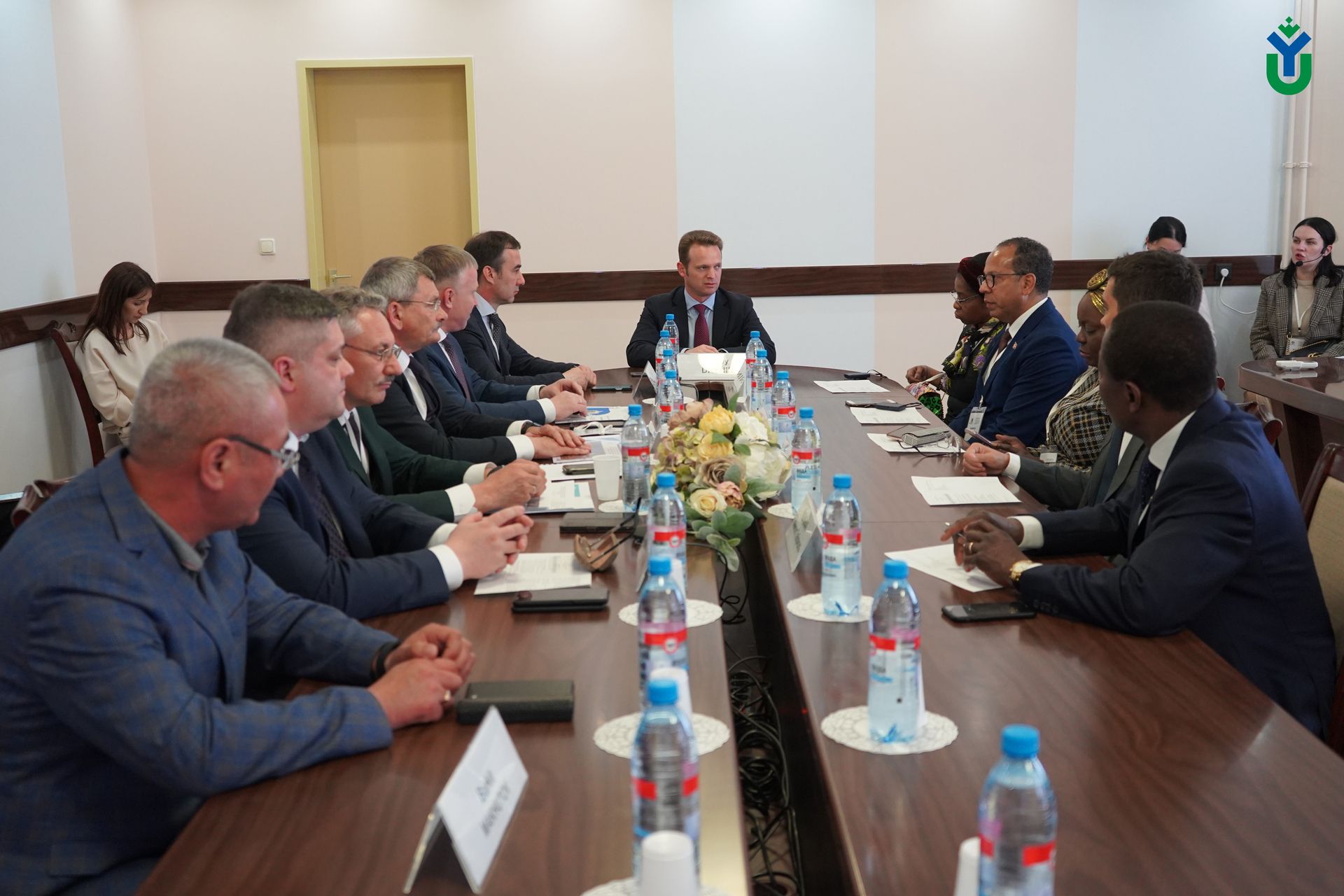 During the event, the participants discussed the possibilities of developing international cooperation in the field of education and science.

"We are extremely interested in international relations. On the one hand, these are opportunities for training students in various specialties, on the other hand, these are horizontal ties between universities of Yugra and other countries both in terms of organizing network educational programs and conducting joint scientific research," Alexey Drenin said in his welcoming speech.

The rectors of the universities provided the guests with information about international activities, the advantages of studying at their universities, educational programs and extracurricular work.

According to the rector of YuSU Roman Kuchin, for the next academic year, the Ministry of Education and Science of the Russian Federation approved a quota for 23 budget places for training foreign citizens at the preparatory department of YuSU.

As a result of the presentation part, the guests were pleasantly surprised by the quality and variety of educational programs in Yugra, and also asked questions of interest to them, which concerned, in particular, the safety of foreign students, the availability of programs in foreign languages, as well as employment opportunities.

"Five rectors on one site is an unique opportunity and a great honor. This really shows that Ugra is ready to cooperate in education export," said Gabriel Anicet Kotchofa, ex-Ambassador of the Republic of Benin to the Russian Federation, High Commissioner for International Relations of the Eurasian Economic Cooperation Organization, thanking for the organized meeting and personnel training of foreign states.