Yugra State University (YUSU) was established by the initiative of the Government of Khanty-Mansiysk Autonomous Okrug – Yugra in 2001 followed by the Decree of the Russian Government No. 1069-r of August 20, 2001, and the Order of the Russian Ministry of Education and Science No. 3296 of October 5, 2001. At present, Yugra State University is one of the youngest state universities in Russia. 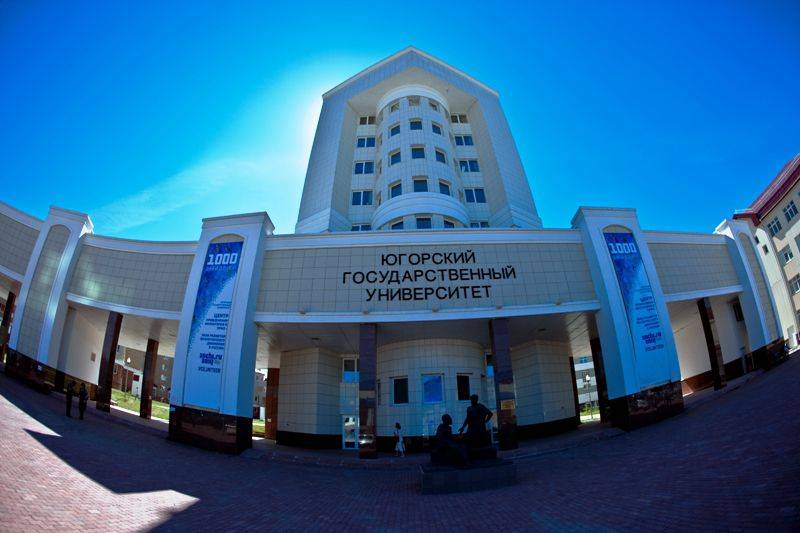 
In 2007 the university was reorganized to incorporate the following educational institutions of secondary vocational education to become its local branches:
• Surgut Petroleum Technical School;
• Nizhnevartovsk Petroleum Technical School;
• Lyantor Petroleum Technical School;
• Nefteyugansk Industrial College;
By the Order of the Russian Ministry of Education and Science No. 1234 of October 29, 2015, the university was renamed Federal State Budgetary Educational Institution of Higher Education 'Yugra State University'.
We consider the creation of the University as a merit on Alexander Filipenko’s part. Being the Governor of KhMAO, the long work was done under his rule. It resulted in the Prime Minister signing the decree of the creation of Yugra State University in Khanty-Mansiysk in 2001. “We demonstrated the okrug (region) being a place for living, not just for a stay of a workforce, - he said. – The population of the okrug will need educational services. Most effectively organized on-site professional training will prevent talented youth from migration”.