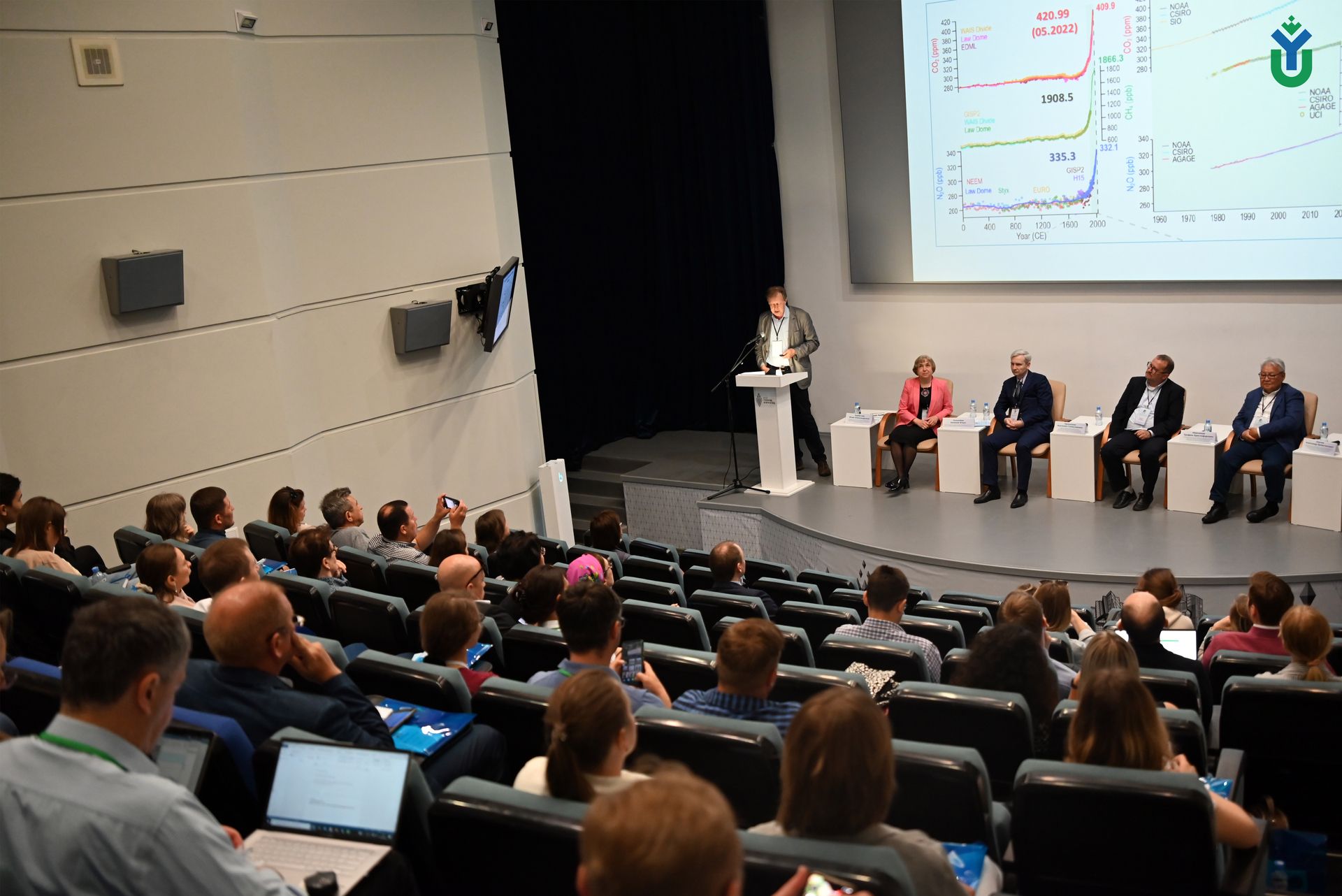 On June 10, a scientific and practical conference "Climate Change and Carbon Neutrality: Challenges and Opportunities" was held at the site of the Museum of Geology, Oil and Gas under the Government of Khanty-Mansy Autonomous Okrug – Yugra within the framework of the XIX International Environmental Campaign "Save and Preserve".

The event was held in a mixed format with the participation of speakers from 15 regions of Russia: from the Kaliningrad region to the Republic of Tyva.

The subject of the conference is caused by the actual problems of the possibilities of implementing carbon regulation in the new geopolitical situation and restrictions.

At the opening ceremony, Olga Litova, Deputy Governor of Yugra, in her welcoming speech noted that, occupying a leading position in oil and gas production, the Autonomous Okrug responsibly approaches the formation of climate policy. A systematic approach has been implemented aimed at minimizing the negative impact on the environment and reducing greenhouse gas emissions. Groundwork has been laid in the field of organizing and conducting world level climate researches.

About 20 billion rubles are allocated annually to oil companies for the implementation of long-term programs to reduce the negative impact on atmosphere. The Okrug provides special tax benefits for subsoil users who carry out investment projects in the field of environmental protection and utilization of associated petroleum gas. Thanks to this, the region has become a leader in Russia in terms of the growth rate of efficient rational use of petroleum gas.

During the conference, the participants discussed the problems of global climate change and the carbon cycle in ecosystems; methods of measuring greenhouse gas fluxes and big data processing systems; technologies for restoring the carbon balance of ecosystems; climate monitoring and ecosystem quality management.

The speakers also considered the prospects for sustainable development of regions in the face of climate change and decarbonization of the economy, strategies for adaptation and mitigation of climate change; climate policy, closed-loop economics and carbon management, and, of course, new competencies and prospects for training specialists in the field of carbon regulation.

It should be noted that the conference was actively attended by representatives of the Scientific and Educational Center "Environmental Dynamics and Global Climate Change (UNESCO Chair)" and the Higher School of Ecology, as well as students of the Institute of Digital Economics.

The conference was organized by Yugra State University together with the Government of the Khanty-Mansi Autonomous Okrug, the Service for Control and Supervision in the Field of Environmental Protection, Wildlife and Forest Relations of Yugra (Nature Supervision of Yugra).

Among the speakers are representatives of the executive authorities - the Committee for Nature Management, Environmental Protection and Environmental Safety of the Government of St. Petersburg, as well as the Center for Strategic Research, which plays a leading role in the development and implementation of the strategy for the long-term development of the economy of the Russian Federation.